This week we look at jockeys and comedy, some big news in subscriptions, and some interesting stats on digital magazines …

Beautiful Editorial Design of the Week 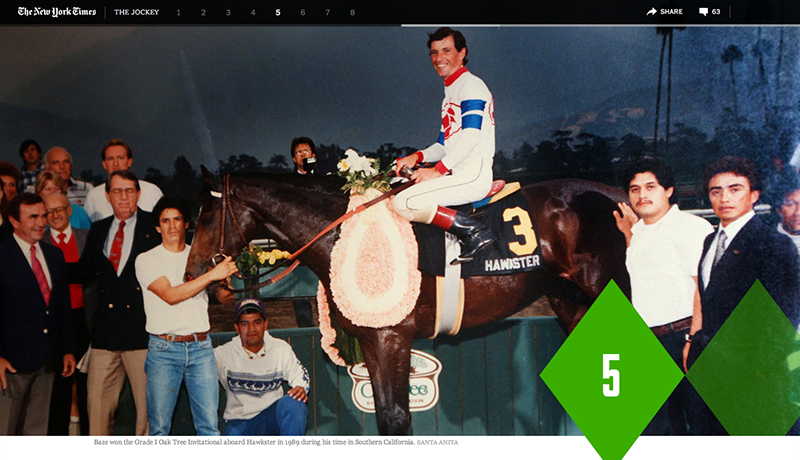 The second ‘Snow Fall’ style project by the New York Times, this time about a jockey approaching his 50,000 race. Some opinions on this approach: Who Gets to ‘Snow-Fall’ or ‘Jockey’ at The Times, and Why? and How to Build a Smarter Times, According to the Times’ Own Journalists

The God of ‘SNL’ Will See You Now

An article about Saturday Night Live with interviews with the stars who became household names because of the show – what’s clever is how they have made tweetable links from the actor’s quotes, and have more in-depth interviews behind their paywall.

What Is a Magazine? Five Surprising and Useful Definitions

5 different takes on what a magazine actually is – ‘Wunderkammer’ is a wonderful word.

An interesting step back into the past.

E-book revolution: Breaking through in the digital age

How new technologies and the proliferation of e-readers are helping a new generation of independent authors work outside the traditional publishing system.

Revenue and Profits Down at Barnes & Noble in First Quarter

Barnes and Noble suffers losses, and commits to focussing on retail and the Nook.

Conde Nast has struck a deal with Amazon to handle its  print and digital subscriptions for its magazines.

Digital magazines: how popular are they?

The Guardian have some fantastic data about digital magazine sales.

Tesco to launch its own tablet to rival Apple and Amazon

Will shoppers want to pick up a tablet with their oven-ready meal and bottle of wine?